Initially built in 1994 this structure was further extended in 2009 when additional lanes were added to the toll station.

When the space frame was lengthened in 2009 to accommodate the new road and toll station width, the initial segments were extended to 68 meters each and an additional 35 meter long segment was added to the structure.

A footpath was added for servicing the toll booth signs and services to the outer perimeter of the space frame. 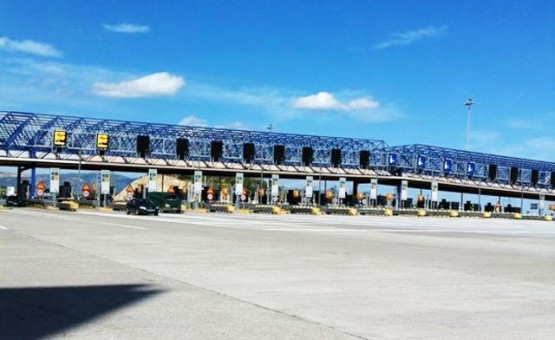